The Everest Trekking in the eastern Khumbu region of Nepal is the most famous of all trekking regions as it harbors the world highest peak, the Mount Everest. One of the major highlights of the trek is that one can actually choose various trekking routes from the Everest Base Camp trek to treks in remote semi-wilderness areas. Khumbu region is also the home of the legendary Sherpas. One can actually experience their lifestyle and culture during their stay at the region and savor the beauty of the glacial lakes, glorious rhododendron forests, native flora and fauna, charming Sherpa villages and ancient Buddhist monasteries.

How to get there

The Everest region is accessible generally by air or on foot. On foot one needs to reach Jiri which is 8 to 10 hours drive by bus from Kathmandu. An alternate route is a trek via the Arun valley.
By air, the most popular destination is Lukla to which there are daily flights leaving from Kathmandu. The other option is to fly up to Phaplu air strip.

There is no special trekking permit required for visiting this area until and unless one wants to climb the mountains. One needs to pay an entry fee for entering the Sagarmatha National Park. Meanwhile for treks to the east of the main Everest trail i.e. to enter the Makalu-Barun National Park, an addition permit is required.

The major inhabitants of the Everest region is the Sherpas hence one can experience their cultural influence everywhere right from their traditional costumes to their distinctive houses, village and monasteries.

The region ranges in altitude from less than 2000m above sea level at Jiri to the high peaks of the Himalaya at over 8000m. Hence we encounter a diverse range of flora and fauna from dense pine forest to oak and the flowering rhododendron forest up to 4000m.

Wildlife seen here are birds like ravens and crows of middle hills, including the national bird of Nepal-the Impeyan Pheasant, (Danfe in Nepali), which is quite common around Namche Bazaar. Also one must not miss the sight of flocks of snow pigeons wheeling about the hillsides.

Land animals in these regions being elusive, one must keep an eye out for mountain goats; if you are lucky you may also come across the rare musk deer or the common barking deer in the forest.

The best time to trek in this region is from October to November and from March to May when the weather is mild and generally dry, making walking conditions ideal. The spring season brings out the wild flowers, particularly the rhododendrons, while the autumn season is generally good for clear mountain views.

Winter treks are also possible but are risky particularly in late winter due to heavy snowfall. 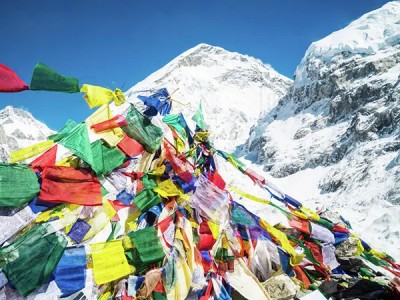 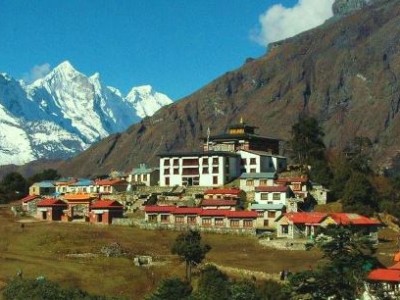 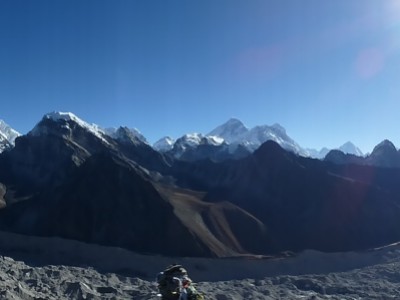 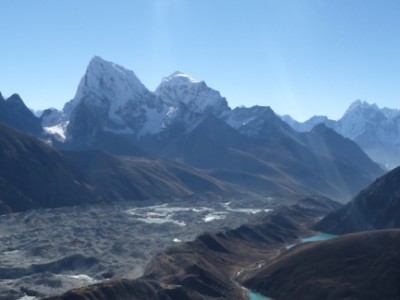 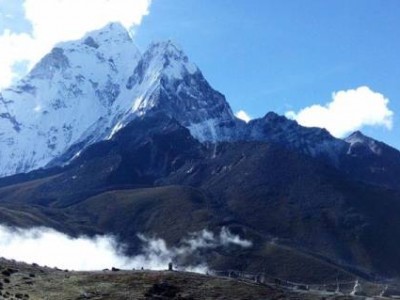