Langtang a trekking destination not too far away from Kathmandu is blessed with both natural beauty and cultural riches. It lies about 130 km north of the Kathmandu Valley close to the border of Tibet and China. It is also Nepal’s first national park and is dominated by Langtang Lirung (7,245 m), the highest peak in the area. Beside the magnificient scenery and view, a visit to this area is an also an opportunity to explore the lifestyle and culture of the Tamangs, the main inhabitants of the region. Langtang is also known for its many glaciers and glacier lakes that include Gosainkunda, Parvatikunda, Bhairavkunda and Dudhkunda.

The Langtang River a major tributary of the Trisuli, flowing east to west passes through the high, gentle Langtang Valley and end up into the Bhote Kosi River at Dhunche. This Bhote Kosi river forms an important corridor and ancient trade route between langtang to Kerong in Tibet.

Langtang, a high-altitude region has lower temperatures. Winters are usually intense with snowfall in the higher altitude regions, while summers are cool and temperate during days, but at night can get cold and chilly. The best time for trekking is March-May and October-November.

Park Entry Permit and TIMS Card are required to enter the Langtang region. Trekking Permit is also required if one wishes to trek to Thuman and Timure in the upper region.

Other Places of interest at the Langtang Region

Another popular trekking destination in the langtang region is the holy Gosaikunda Lake (4,380 m), which covers much of the Langtang National Park, and Helambu. Gosaikunda holds a lot of religional value and is believed to have been created by Lord Shiva. Devotees usually make a trip to Gosaikunda during Janai Purnima a full moon festival in August.

Kyanjin gompa is situated at 3870m in the Langtang National Park in Nepal. Visitors who wish to explore the upper valley i.e. langshisa and beyond can extend their stay to trek to Kyanjin. Walking through high yak grazing pastures of Kyangjin offers one to familiarize into the shepherds life. Attraction of Kyangjin includes Nepal's oldest Swiss cheese factories, the ancient Kyanjin gompa and the Khyimsung glacier.

Briddim is a beautiful tamang village situated inside Langtang Valley in Rasuwa District. This Z shaped village lies at the altitude of 2229m and provides mesmerizing view of the Langtang Range. The Tamangs the major ethnic group residing in the village have close affinity with Tibetan culture. 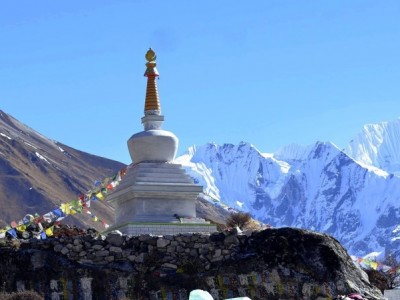 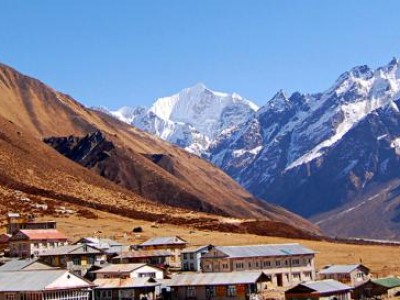 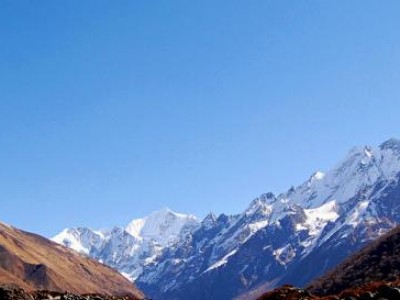 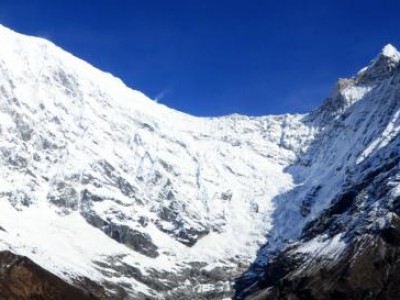 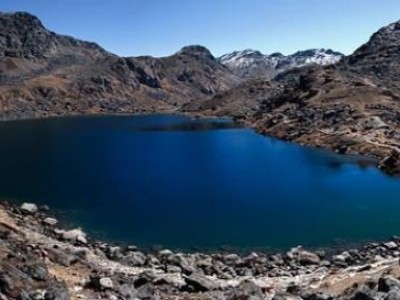