Mt. Kailash Manasarovar Yatra is known as the mother of all Teertha Sthala. The holy Mount Kailash Yatra is considered to be one of the most difficult treks in Asia.

Located in the far reaches of western Tibet, just north of Nepal and India, is one of the most sacred mountains in the world: Mt. Kailash, the most prominent diamond shaped symmetrical peak. It has an elevation of 6638 m (21778 ft) and is made up of black rock. It is one of the highest parts of the Himalayas and serves as a source of some of the longest rivers in Asia. It is also known as Gang Tise or Gang Rinproche in Tibetan. For the last two thousand years, people have made pilgrimages from all over the Asian continent to see this mountain.   Besides the people of Tibet, people from all parts of India, Bhutan, Nepal, Central Asia and from even further have devotedly made the journey to the Kailash .

Mount Kailash has become an important pilgrim for four faiths: Buddhists, Jains, Hindus and Tibetan religion of Bon. To the Buddhists, Kailash is associated with a tantric meditational deity called Demchog and his consort Dorje Phamo. Demchog is a colorful figure with a lot of energy having four three eyed faces, blue elephant-like skin, twelve arms and hands, wearing a crown of human skulls and a tiger skin cloth around his waist.  His consort Dorje Phamo has red skin carries a curved knife and a skull cup.  She is associated with a small peak next to Kailash called Tijung.  It is also believed that Buddha once inhabited the mountain with five hundred other bodhisattvas.

In the Hindu religion, Mt. Kailash is seen as the throne of Mahadeva, the god of devastation and rebirth also known as Shiva.  It is believed that, Lord Shiva resides at the pinnacle of this famous mountain with his consort Parvati.  The Hindus also identify the mountain with the lingam due to the apparent phallic appearance of the mountain. In the Jain religion, Kailash is called Astapada, and is known as the place where a man named Rishabha, the first Tirthankara, attained liberation, called Moksha.  Buddhism in Tibet known as the religion “Bon” believes Mount Kailash as the abode of the sky goddess Sipaimen. The Hindus and Buddhists pilgrims walk around in a clockwise direction while the Jain and Bön followers walk around counterclockwise.

It is believed that visiting Kailash and following tradition would bring in good fortune and wash away sins of ones lifetime. However the journey of 52kms/32miles on foot is not easy it generally requires 3 days to finish and one needs to be strong both physically and mentally.

Places of Interest during visit to Holy Kailash

Tirthapuri
Tirthapuri, situated northwest of Mount Kailash in Western Tibet is associated with Padmasambhava (Guru Rinpoche). Its barren landscape is filled with hot spring and colorful prayer flags. It is almost always the final stop, people particularly come here after completing their kailash pilgrimage. The pilgrims here bathe in the pools fed by the sacred springs, dig for healing stone then visit the cave and monastery associated with Guru Rinpoche.

Gauri Kunda
Gauri Kund, lies on the way while going on downwards from Dolma -La (Dolma Pass) at an altitude of 5608m. As per Hindu mythology ,Gauri Kund is the spot where Gauri aka Parvati wife of Lord Shiva lived while carrying out penance involving many ascetic and yogic practices to win over Shiva's affections and it was here that Shiva finally admitted his love for her hence it is also known as the Lake of Compassion. This lake is also associated with legend of Lord Ganesha(The Elephant headed God) and is also known as  “Parvati Sarovar” the place where goddess Parvati had acquired her son Ganesha.

Yam Dwar
Yam Dwar is situated in Tarboche which is approximately 30 minutes drive from Darchen. The exact meaning of the Yam Dwar 'Yama' is the God of death and 'Dwar' means gate i.e. “the gateway of the God of Death”. This place is also believed to be the entrance of the abode of Lord Shiva i.e. to reach Shiva's home, one should pass through the Yama Dwar. It is the initial point of circumambulation of Mount Kailash.

Asthapad
Asthapad is located 5 km up in the mountain from Darchen at a height of 17000 ft, and is the bottom of Mt. Kailash. It is one of the holiest pilgrimages (Maha Tirth) for Jain followers and it also is an auspicious place for both Buddhists & Hindus. The literal meaning of Asthapad is “Eight Steps” as Astha means Eight and Pad means Steps in Sanskrit hence it derived its name from the fact that it has eight steps to go up in the mountain .Jain followers believe that thousands of years back 'Shri Adinath Bhagwan', the first of 24 Tirthankars, attained salvation at this place.

Siwasthal
Siwasthal is located, 3 km further up from Deraphuk Gomba, on the way to Dolma-La. It is believed that this particular area is realm of Yama, the god of death. Once we step in this place, it's believed that we are dead and we are making our journey in the presence of yama but, once we reach to Dolma-La, we are out of his realm, so we are reborn and our new life will begin. All sins that we had in our previous life are absconded in Yama's realm and hence we become pure. People who pass Shivasthal offer clothes, shoes, watch, caps etc. some even offer hair, tooth, bones and their own blood. In India, Siwasthal is believed to be a duplicate of the entombment ground of Bodh Gaya.

Tarboche
Tarboche flagpole, one of the most important aspects of Tibetan spirituality is covered with prayer flags and is 80 feet high. At this location, the most important annual festival called Saga Dawa is held on the full moon of the fourth lunar month to celebrate the enlightenment of Sakyamuni. Pilgrims from all over Tibet gather at this sacred place to ritually take down the flag pole to replace the old prayer flags with new ones. During the flagpole ceremony the poles tip is raised and pointed east towards Gyangdrak Monastery, where the monks of that monastery carry out a special ritual along with music from long trumpets, conch shells and other instruments. People gathered there attach there prayer flags and help in making the pole rise again. It is believed that the flagpole should be standing in a perfect upright position or else it is a sign of bad omen.

About Holy Manasarovar Lake
Lake Manasarovar is situated about 2000 kms from Lhasa and is world’s highest freshwater lake. It is known as Lake Manas Sarovar in Sanskrit and Mapham Yutso in Tibetan. Lake Manasarovar is relatively round in shape with the circumference of 88 kilometres (55 mi). Its depth reaches a maximum depth of 90 m (300 ft) and its surface area is 320 square kilometres (120 sq mi). It is connected to nearby Lake Rakshastal by the natural Ganga Chhu channel. Lake Manasarovar with crystal clear blue water near the shores and a deep emerald green color water at the center harbors fabulous mirror like view of the snow capped mountains in its crystal clear water. There are a few monasteries on the shore of the lake; the most striking of them all is the ancient Chiu Gompa Monastery, which has been built right onto a steep hill.

This holy lake is one of the important pilgrimages for Hindus and Buddhists. It attracts thousands of tourists and religious people every year from various parts of the world. The best time to visit this lake is during springs when it melts and allows people to bathe in its holy water. It is believed that by bathing and drinking this water one becomes fortunate and clears all his sins.

The word "Manasarovara" originates from Sanskrit language, which is a combination of the words "Manas" and "sarovara" manas meaning mind and sarovara meaning lake. According to the Hindu religion, it is believed that the lake was first created in the mind of the Lord Brahma after which it was manifested on the Earth. He found this place to be appropriate for religious rituals. As per Buddhist religion, they associate the lake with the legendary lake known as Anavatapta in Sanskrit and Anotatta in Pali, where Queen Maya is believed to have conceived Buddha. It has also been reported that Lord Buddha, stayed and meditated near this lake on several occasions.

As per Jainism, Kailash Manasarovar is associated with first Tirthankara Lord Shree Rishabhdev.

If you are interested to book the trip, please check travel guide information in our website and get comprehensive information on how to book Kailash tour, how to apply visa, what are essentials things to be prepare for Kailash journey, what to bring, about your passport & visa requirements, what is high altitude sickness etc.

We have offered major highlighted Kailash Tour Packages through this venture for your convenient. You can choose your best option that meet your vacation plan according to your estimate cost and time limit. Please check our below Kailash packages with detail program itinerary and the best price with its service includes and excludes detail. If you require any customize tour in given option then please email us at sales.explorevacation@gmail.com or contact us at +977 9851197848 / 46. 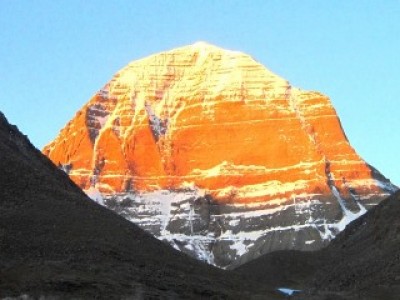 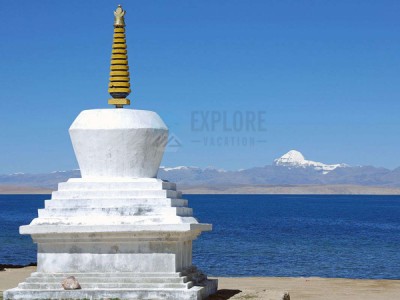 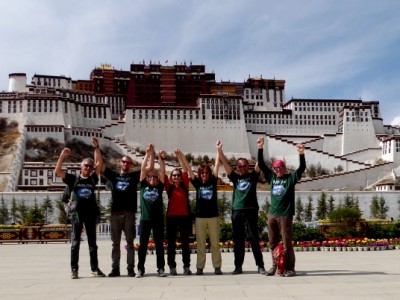 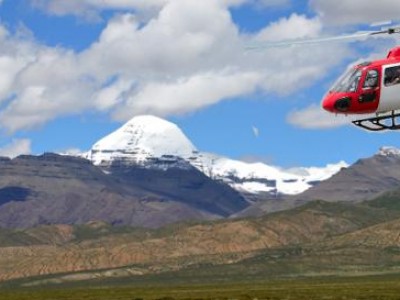 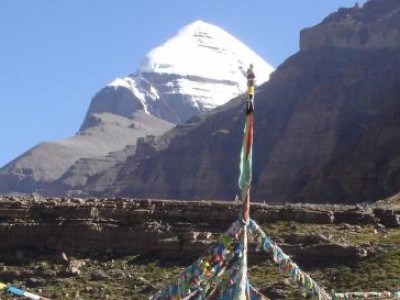 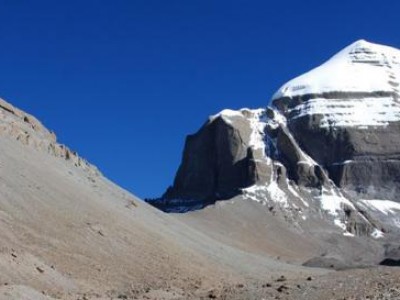 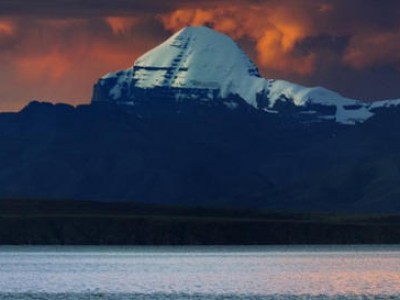 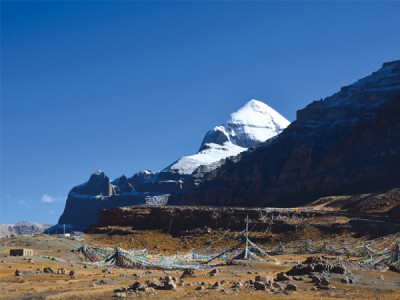